I have to say I’m a bit of a fan of fine spirits – it’s all down to the quality. Some people may scoff at scotch but to sip it is actually a great joy! And did you know that there are so many different kinds of ‘scotchtails’ that you can make out of scotch?  I never even realised the sheer variety of ways you could drink scotch until I visited The Drift Bar & Restaurant (nr Liverpool St station) for a Burns Night Supper Club and a scotch masterclass in London which was seriously fun, let me tell you!

Don’t know what a Burns supper is? Let me tell you! A Burns supper is a celebration of the life and poetry of the poet Robert Burns, the author of many Scots poems. The suppers are normally held on or near the poet’s birthday, 25 January, commonly known as Burns Night. And guess what? This article is well-timed because Burns Night is TODAY (25th Jan)!

This year, The Drift Bar and Restaurant will play host to a contemporary Burns Night evening, offering an alternative to revellers looking for a twist on the norm with a Scotchtail paired supperclub. Throughout the evening traditional cocktails, including the Espresso Martini, Moscow Mule and even a Champagne Cocktail, will get a Highland twist. These #Scotchtails will be served and enjoyed in place of the classic neat dram, in toast to Robbie Burns.

I was very lucky to be able to preview this evening so I could tell you all about it. First up I was served a welcome cocktail called Seven Flowers made of Haig Clubman, Champagne, elderflower and lemon. This was absolutely delicious and only served to whet the palette in anticipation for what was to come.

Dinner was served next with a starter of a Chorizo Scotch Egg with smoked paprika mayo and this was paired with a Goldmember – a cocktail made from Johnie Walker Gold, passion fruit liqueur, vanilla and pineapple juice. Let’s just talk about the Scotch Egg first. This was DELICIOUS! If you have never tried a Scotch egg I beg you to try it. The last delicious scotch egg I had was at the Taste of London festival and at the time I swore it was the best I’d ever had. However, The Drift really knew how to do a scotch egg and I have to say is now the reigning champion of the best scotch egg out of all the scotch eggs I’ve ever tasted. The Goldmember was also delicious – it had a lovely tangy twist to it with the passionfruit flavour – tart and sweet all at once and truly refreshing.

Next up was the entree – I chose the Mini Haggis which came served on a mini slice of bread. I love haggis as well – it’s so delicious. Okay some people shudder when they think of it but I’ve tried so many different cuisines from so many different cultures that I don’t have any squeamish thoughts anymore about these kinds of things! Haggis, as it should be, was served with a ‘noggin of scotch’ which is I’m sure the way Robert Burns would have approved of!

The main course was served next which was a delicious Venison Pie with spiced red cabbage. This was paired with a drink called Scottish Flora – made from cardhu, honey, raspberries, lime and ginger. Absolutely delicious when paired together! Honestly the amount of cocktails you can make from scotch is mind-blowing.

Dessert (which can never be missed by the way) was a sweet Jaffa cake served with Morning Skye – made with Talisker, espresso and gingerbread – let’s just describe this as a twist on an espresso martini and this was truly YUM! 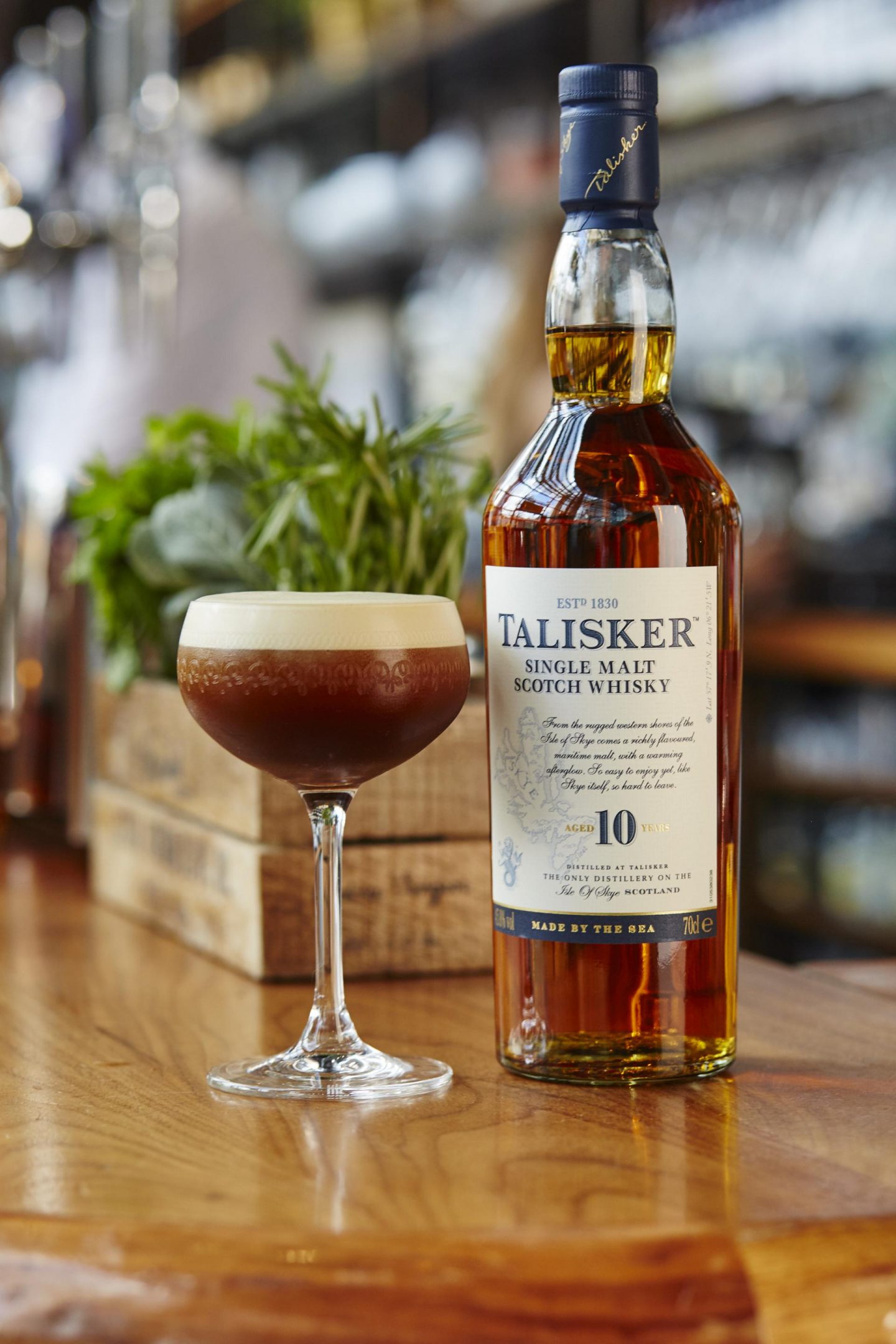 If you fancy learning more about scotch as well The Drift are also hosting a #lovescotch pop-up until March 2017 which basically means that you can attend a mixology masterclass with a group of your friends (15 each which includes two cocktails). There is also a special masterclass on Scotchtails that teaches how you can use scotch in classic cocktails such as an Espresso Martini or Mojito.

The #lovescotch pop-up is all about educating people on scotch, no matter what their preference. Scotch is usually one of those spirits that also not many females drink so the masterclasses are a way of educating those who might not be as familiar with scotch. Some of the scotch used in the masterclass includes Talisker 10 Year Old Single Malt Scotch, Haig Club Single Grain Scotch Whisky, Singleton Spey Cascade Scotch Whisky Single Malt, Cardhu Amber Rock Scotch Whisky and Johnnie Walker Gold Label Reserve.

You can also book #LoveScotch Snug upstairs. ‘Press for Whisky’ to get your choice of two cocktails delivered straight to your seat at the push of a button.

To book a masterclass or hire the space, please contact [email protected]

For more info on The Drift Bar and Restaurant visit their site HERE.