Young people drink – that’s a fact. But we often don’t know (or ignore) the fact that drinking is actually quite bad for you – it increases the risk of cancer and stroke and all sorts of other disease. Simply put – it’s not really good for your body. Yes, drinking in moderation is okay but not drinking at all is even better – it’s all about drinking responsibly. I won’t lie and say I never drink but I do try and drink in moderation.

Sometimes when I go out with my friends and everyone else is drinking but I don’t feel like drinking at all I’m not sure what to do. There is definitely pressure to drink when you are out with friends – and this is particularly true for men. For women, I feel it’s easier to say no to the glass of wine with your friends and usually they will understand but for guys it’s very hard to say no to drinking when out with friends for fear of looking less than ‘macho’. 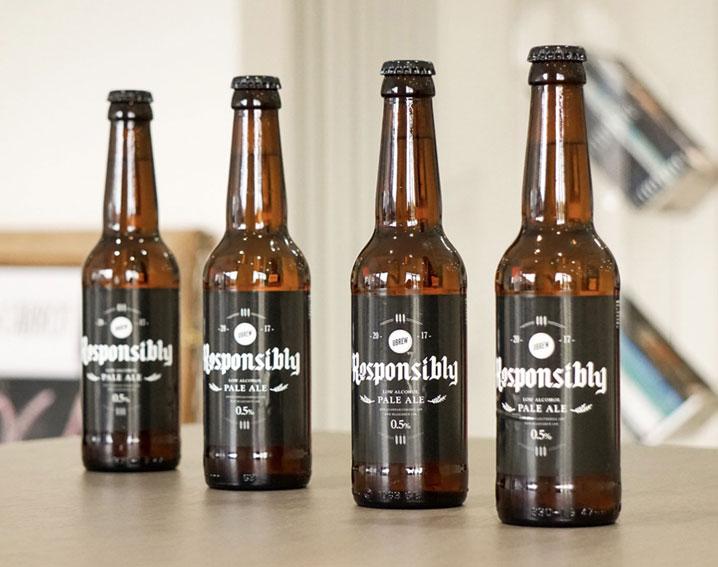 When I think about it, there are not many no-alcohol beers out there that look very appetising or cool but Responsibly actually does. The packaging makes the beer look particularly delicious and with the low-alcohol content of 0.5% you don’t have to feel bad about having it on a night out with friends. It’s a pale ale flavour which also means that it would appeal to quite a lot of people. I think this beer will be a bit of a lifesaver for men in particular as a way to avoid having to drink with mates when they just don’t feel like it. It’s okay to say no sometimes guys!

Have you ever tried any non-alcoholic drinks?

To find out more about Responsibly visit the website here: https://www.responsiblythebeer.com/

*This post was in collaboration with Responsibly but all views are my own, as always.

Self-Care is Not Selfish: …